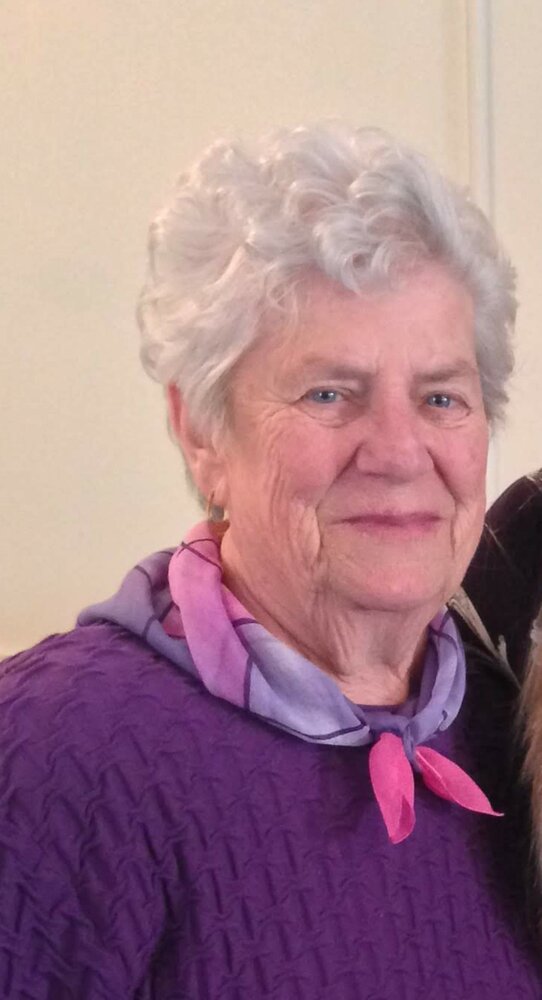 Please share a memory of Mary to include in a keepsake book for family and friends.
View Tribute Book

Mary E. Mooney (nee Daly) passed away peacefully on November 25, 2022. The daughter of John Daly and Sarah Caffrey Daly, and the wife of James Mooney, she was born and raised in Newark, working at Prudential before having her children and then working at Our Lady of Good Counsel where her children attended school. She proudly served as a Newark District leader for the Democratic Party. She spent the later half of her life in her second home, Ocean Gate, NJ where she and her beloved husband Jim spent summers with their family before moving down permanently. She was an active member of Ocean Gate Civic Club, Senior Club, Ocean Gate Historical Society, and surrounded by wonderful friends and neighbors.

She loved telling stories, taking photos, doing word searches, going to Bingo with her friends, watching her granddaughters and great-granddaughters Irish step dance, and spending time with her family. Her love of taking photos earned her the nickname of “Mary Kodak” among family and friends.

She is predeceased by her beloved husband Jim, her daughter Sharon, her sons Jimmy and John Michael (Jack), her parents, and her brother John Daly. She is survived by her daughter Maureen Del Plato of West Orange, and her husband Mike, her 9 grandchildren and their partners, Jennifer Schroeder (and her husband Scott), Siobhan Rossiter (and her husband Jim), Jimmy Mackin (and his wife Marissa), Shannon Mooney (and her fiancée Kevin), Jimmy Mooney (and his wife Katie), Michael Del Plato (and his wife Isabella), Mary Del Plato, TJ Mooney, and Corrine Mooney, as well as her 7 great-grandchildren, Scottie, Tyler, Aisling, Raegan, Scarlett, James, and Elena.

Visitation will be held on Wednesday November 30, 2022 from 3-7 PM at Dangler Funeral Home of West Orange, 340 Main Street West Orange, NJ 07052. A Funeral Mass will be offered on Thursday December 1, 2022 at 10 AM at Our Lady of Lourdes Church, 1 Eagle Rock Ave. in West Orange followed by burial at Gate of Heaven Cemetery in East Hanover.

In lieu of flowers, donations can be made to Seton Hall Preparatory School, 120 Northfield Avenue, West Orange, NJ 07052.

The family would like to express their gratitude to the many friends and neighbors who supported Mary since Jim’s passing.

Share Your Memory of
Mary
Upload Your Memory View All Memories
Be the first to upload a memory!
Share A Memory