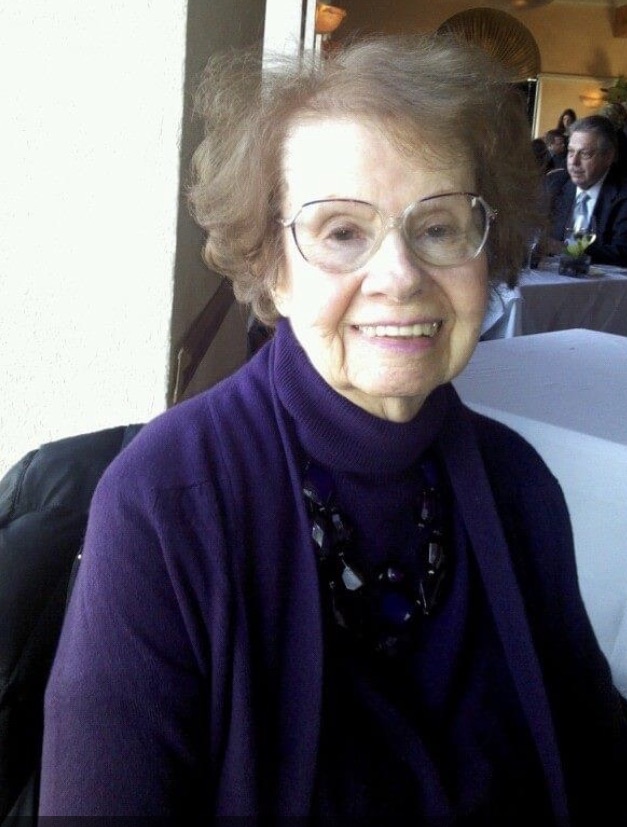 Please share a memory of Madeline to include in a keepsake book for family and friends.
View Tribute Book

Letters of condolence may be posted at www.danglerfuneralhome.com.

Madeline was born and raised in Newport, Vermont until she graduated from college when she moved to Rhode Island for her first teaching job. New York City was the next where she taught at The Barnard School for Girls. After marrying John M. Banas Jr., they moved to Scotland, where they lived for several years. Mr Banas was in the military and they moved several times: Massachusetts, Ohio, Virginia, back to Vermont and finally to West Orange 20 years ago.

She graduated from Lyndon State College of Vermont. In 1957 she received her Master’s in Education from Boston University. Madeline worked as a first grade teacher at Mater Christi School, Burlington, Vermont and Our Lady of The Most Blessed Sacrament in East Orange for 20 years. She also taught CCD and volunteered for several U.S. Naval organizations.

Madeline was the devoted wife of the late John Banas Jr. Loving mother of

Share Your Memory of
Madeline
Upload Your Memory View All Memories
Be the first to upload a memory!
Share A Memory