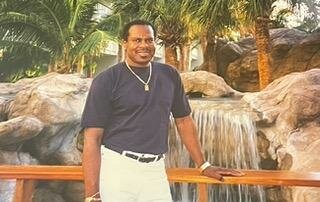 Please share a memory of Maurice to include in a keepsake book for family and friends.
View Tribute Book

Maurice Seide went home to be with the Lord on July 8th, 2022 at Clara Mass Hospital following a brief medical complication. He was 74 years of age at the time of his passing.

Maurice was born in Desdunes Haiti on December 26th, 1947.  He was the youngest son of Moise Seide and Isabelle Richemond Seide.  Maurice completed his academic studies in his native city and was trained as a tailor after his formal education in Haiti. He migrated to the United States in the early seventies. Maurice worked for Sodexho Marriott Health Care Services for over 29 years as an Environmental Services Manager at various hospitals which includes Clara Mass, RWJ Barnabas and Orange Memorial.

Maurice was a very loving and kind-hearted person who enjoyed traveling, spending time with family and friends, good food, and music. He was always passionate about the church, since he was a young man.  He served, contributed and held many positions at different churches throughout his life including the Cross Road Baptist church in East Orange and  The Crossing Church in Livingston NJ, where he served as a member for 12 years.

He is also survived by his brother Marcel Ceide and wife Marie, his sister Gracienne Seide, several nieces and nephews as well as grand-nieces and grand-nephews.

Share Your Memory of
Maurice
Upload Your Memory View All Memories
Be the first to upload a memory!
Share A Memory