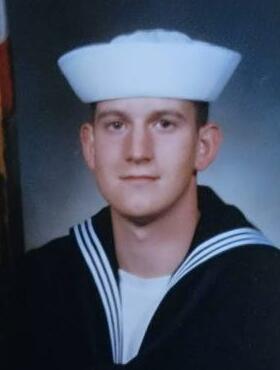 Please share a memory of Charlie to include in a keepsake book for family and friends.
View Tribute Book

Born in Orange, NJ on November 25, 1980, “Charlie” or “Chuck,” as he was known to his many friends and family, lived in West Orange, NJ, and graduated from West Orange High School in June of 1999. Upon graduation, he reported for duty in the U.S. Navy, completing boot camp in Chicago on November 12 of that same year.

Charlie served in the Navy for 4 years aboard the USS Nashville (LPD-13). He took part in Operation Iraqi Freedom as well as in a joint mission with the U.S. Marines to support peacekeeping efforts in Liberia in 2003. Charlie was awarded the National Defense Service Medal/Sea Service; the Deployment Ribbon/Navy Unit and the Commendation/Navy ‘E’ Ribbon. He was honorably discharged from the Navy in 2003.

After his discharge, Charlie worked for Comcast out of the Union and Eatontown offices for many years. Later, he earned his licenses and worked for several pest control companies in NJ. He hoped to open a pest control business with his Uncle Mike someday.

A gentle, sensitive soul, Charlie was happiest talking with and spending time with his daughters, fishing with and working alongside his dad, and being with family and friends. His aunts, uncles, cousins, many school friends and Navy buddies remember him as a “good kid,” who never hurt anyone and could be counted on to lend a helping hand or go on an adventure. He was quick to laugh and crack a joke and was just fun to be around, even though his heart was often heavy with sadness over loved ones lost. He was always grateful for the smallest of kindnesses – a home cooked meal, a cake and family singing happy birthday to him, would bring tears to his eyes. He left us much too soon – now, he is at peace.

Share Your Memory of
Charlie
Upload Your Memory View All Memories
Be the first to upload a memory!
Share A Memory