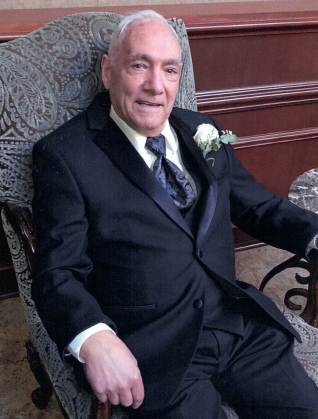 Please share a memory of Ralph to include in a keepsake book for family and friends.
View Tribute Book

Ralph Spero, 86, died Thursday, April 14th at home with his family by his side.

Ralph loved walks on the beach, going out on the boat, making his children and grandchildren laugh, and always trying to catch the biggest fish in the sea.

In 1954 he graduated from West Orange High School where he received varsity letters and awards in football, basketball, and track and field. He enlisted into the U.S. Army a year after graduating in 1955 and was honorably discharged in 1957.

Ralph worked as a mechanic for the Department of Public Works in West Orange for 35 years. He was a recipient of the Silver Life Card issued by the West Orange PBA Local 25, for his dedication and work on West Orange Police vehicles.

Ralph was an avid puzzle maker, and enjoyed word puzzles and sudoku. He was known for his clam sauce, as well as his cheese cake. His other hobbies included, bowling, playing softball, fishing and clamming with his lifelong friend Dominic Belli, playing cards and always displaying his wonderful sense of humor.

He was preceded in death by his parents Ralph and Mary Spero, his brother Robert Spero, and sister Virginia Wyman, his children Gregory Spero and Andrew Spero.

Ralph especially will be remembered for his hard work and dedication, as well as his willingness to help anyone he met, and always being there for his family.

Share Your Memory of
Ralph
Upload Your Memory View All Memories
Be the first to upload a memory!
Share A Memory