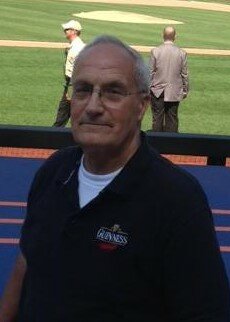 Please share a memory of James to include in a keepsake book for family and friends.
View Tribute Book

The son of Hildegard and James Keigher, he grew up in Newark and followed his father’s passion for all sports, but particularly baseball. He would hold the high school record for turning double plays for many years and was inducted into the St. Michael’s Hall of Fame. He would go on to be drafted by baseball’s N.Y. Giants and play minor league ball for the Kingston Giants.

Enlisting in 1957, he endured strenuous training in Fort Benning to become an elite Army Ranger. Stationed in Wildflecken, Germany during the midst of the cold war, he was poised to protect his country should unrest occur.

Upon return to the States, he crafted a career in manufacturing as Production Manager, eventually retiring from Elon Pharmaceuticals.

He married the love of his life, Marilyn Morahan in 1963 and they built a life together, with four children - Sharon, Michael, Patrick (Kim), and Colleen O'Hara (John). He was the proud grandfather of Brian Keigher, Julia Keigher and James O'Hara. He is also survived by his sister, Patricia Kleppinger.

A devout Catholic, he will be celebrated at a Requiem Mass at Our Lady of the Valley Church, Orange, NJ at 11:00 AM on Wednesday, November 3, 2021. Interment will follow at Gate of Heaven Cemetery in East Hanover.

Share Your Memory of
James
Upload Your Memory View All Memories
Be the first to upload a memory!
Share A Memory