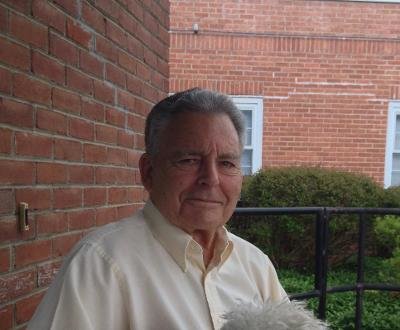 Charles V Joyce, 84, died peacefully at home on June 2nd, surrounded by his family.  Born in Taylor, Pennsylvania, Charlie grew up, worked and lived in West Orange for 75 years until he recently sold his childhood home on Harrington Terrace. Charlie was an army veteran and served overseas in the late 1950's.  He proudly served 25 years on the West Orange Fire Department, as well as operated a Home Improvement Business for 30 years.  He was a lifelong car enthusiast, who owned and restored a 1948 Lincoln Continental Convertible, which won many awards.  Charlie loved to drive his Lincoln around town especially with his wife Loretta and grandchildren.  He also was an avid sports fan and supporter of the West Point Military Academy & the Army Football Team.

Charlie was predeceased by his beloved wife Loretta Ann (Carroll).  He leaves behind his children Charles Jr, Elizabeth Martinelli & her husband Bob, Steven, and Christine, his sister Patricia Edwards, sister-in-law Joan Lawless (Carroll), his grandchildren Nicole, Hannah, Matthew, Rachael, Anna and Julia, along with a number of cousins and many dear friends he was so very fond of.

Funeral Services are being privately arranged by The Dangler Funeral Home of West Orange.

In lieu flowers, donations can be made in his name to:  Alzheimer's Assoc Greater NJ Chapter, 23 Vreeland Rd Suite 105, Florham Park, NJ 07932

Share Your Memory of
Charles
Upload Your Memory View All Memories
Be the first to upload a memory!
Share A Memory