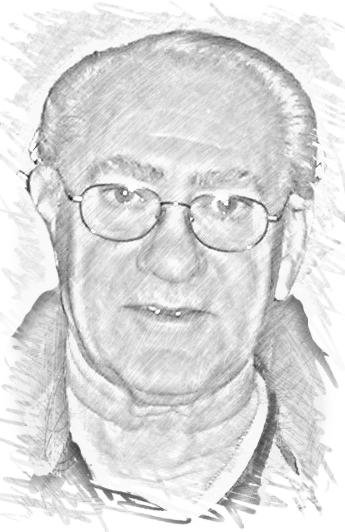 George H Wahlers, 83, of West Orange, passed away peacefully at home surrounded by his love ones on Saturday May 2, 2020.

The oldest of five, he grew up in the Oranges.  After serving in the United States Army from 1956-1958, he married his sweetheart Pauline Mercuri and chose to raise his family of five in West Orange as part of the 5th generation of his family in town.

George’s job of 30 years as a Sales Rep at Warner Lambert allowed him the flexibility to be a WO PAL coach, Cub Scout Leader, WOHS Booster parent, along with Halloween costume extraordinaire which earned him the affect name of “Turkey” from the neighborhood kids.

While his passions were many, Star Wars, The Peanuts, Lord of the Rings, Harry Potter, Halloween and Christmas, his greatest passion was the Boston Red Sox and of course baseball.  In a sea of Yankee jerseys he proudly wore his Boston gear and finally got to visit that Green Monster.  When the Curse of the Bambino was finally broken he displayed that B everywhere including the car and the house.

George’s biggest joy however, was his family.  He constantly surrounded himself with siblings and in-laws, cousins and friends, nieces and nephews and Saturday night was card night with the besties Ted and Rosalie. His greatest and proudest achievement were his three children, Michael, Curley and PattiAnn and he welcomed Debbie and Russell with open arms.  He was instrumental in helping raise his grandchildren, starting with Jason and continuing with Jessica, Dante and Vincent where he exposed a new generation to fun loving man who became “Pop”.  He proudly sat through soccer and football games, dance recitals and cheer leading and snuck Jolly Rangers to a whole new group of PAL baseball players because wherever his grandchildren where, he was close by.

Retirement suited him well and in between grandkids, he gallivanted from store to store, looking for a special something to perfect his crafting which he would gladly share.  He would help out at Our Lady of the Valley Soup Kitchen or go browse the library for the newest Tom Clancy.  He wasn’t a man to sit still and loved a good gab session.

While his most recent years were overtaken by Alzheimer, he never lost that twinkle in his eye that told a good joke or that freely given smile.  Those who knew him have a lifetime filled with memories whether it be a shuffle board game, a crazy hat, him clearing a room or that Ballantine Ale, he brought joy to those around him.  He will forever be, Husband, Dad, Pop, Brother, Brother in Law, Godfather, Uncle, Cousin, Friend, Coach and Turkey.

Survived by his wife of 59 years Pauline (Mercuri), sons Michael and George (Debbie), daughter PattiAnn DeSantis (Russell).  4 grandchildren, Jason, Jessica, Dante and Vincent. Siblings, Carol, Teddy, Nick and Henry along with too many nieces and nephews to count.

In lieu of flowers, please donate to Alzheimer’s Foundation of America-together we can find a cure.

Due to the recommended safety measures caused by the Coronavirus, Funeral Services are being privately arranged by The Dangler Funeral Home of West Orange.  A celebration of George’s  life will be held at a later date. Letters of condolence may be posted at danglerfuneralhome.com.

Share Your Memory of
George
Upload Your Memory View All Memories
Be the first to upload a memory!
Share A Memory
Plant a Tree