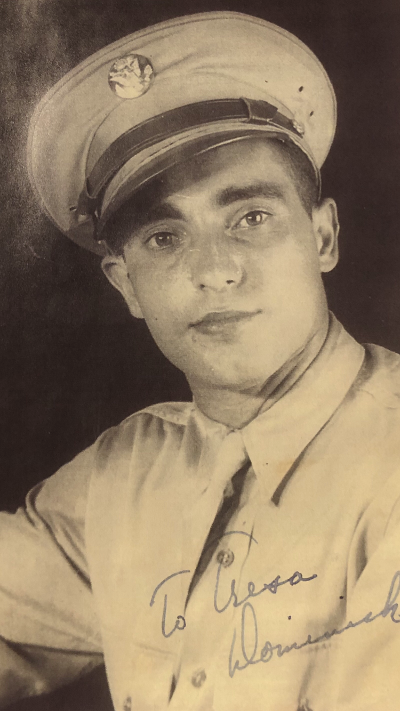 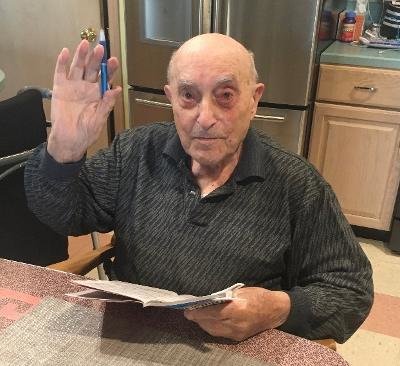 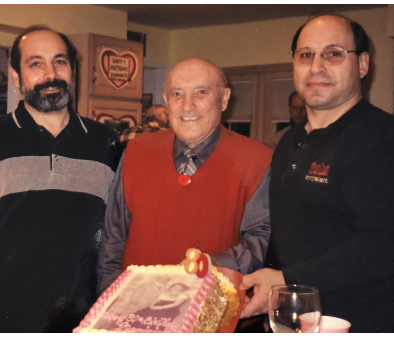 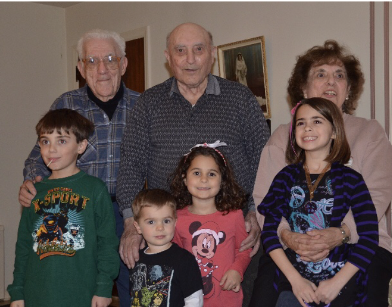 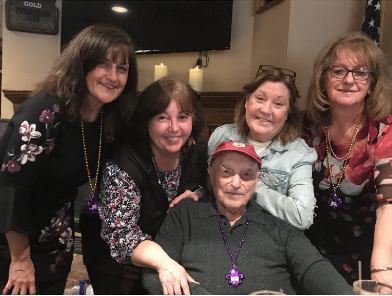 Please share a memory of Dominick to include in a keepsake book for family and friends.
View Tribute Book

Dominick was born on February 14, 1921 in San Giovanna a’ Piro, a Province of Salerno, Italy. A Valentine Day baby, he lived his life loving all his family and friends with his big beautiful heart. Dominick’s father, Joseph, left Italy at a young age and immigrated to America. He worked very hard establishing himself in his new country and became a US citizen. Joseph also served his newly adopted country in World War I. After the war, he decided to travel back to Italy to marry the beautiful Antoinette. Dominick was born and Joseph wanted to bring his new family back to America, but Antoinette said she would not leave as long as her mother was alive. When Dominick was four years old and had a younger brother, Angelo, Antoinette’s mother suddenly died. Joseph decided now was the time to return to America with his young family. They traveled by ship as regular paying passengers which Antoinette insisted on since she was also pregnant with their third child.

Upon arrival in America they first settled in Brooklyn. They shortly thereafter moved to Orange, NJ. Dominick loved telling the story of when he was four years old he danced the “Tarantella” for friends and neighbors and they would give him some coins for entertaining them. Apparently, he was quite adorable and talented in his dancing skills.

Times were tough and more children came along. Besides his brother Joseph, who died in childhood, he had another brother Tommy and his only sister Jenny. Being the oldest boy in the family, Dominick worked in a market and was paid with food to bring home to his family. An entrepreneur since childhood, he had a shoe shine business and would ask his customers if they wanted the “special shine” for an extra nickel. Of course, who could resist a cute little boy with his homemade shoe box. Dominick would get out his little bottle of magic formula and buff their shoes. When we asked him what was in the magic formula, he laughed and said it was just water, but he buffed harder and that extra nickel went a long way to help his family during those times. During his teenage years, Dominick hitchhiked or walked to caddy at numerous golf courses in the area. This encouraged his desire to play the game of golf in his adult life.

Upon graduation from Orange High School, Dominick worked with his father in construction. His sister Jenny said he was a very friendly handsome guy who presented himself well so he had plenty of female admirers. One of his admirers was Tresa Lebro. They started dating and at the age of 21, Dominick was drafted in 1942 into the US Air Corps. His claim to fame was that at his induction he watched fellow recruit, Clark Gable, get his hair and mustache shaved off. He tested high in mechanics and after basic training was stationed in the outskirts of London at the American bases repairing all the bombers returning from their missions over Germany. Eventually, he advanced to the Tech Sergeant level in charge of numerous crews repairing engines of the bombers bringing the war home to Berlin. While stationed in England, his father passed away. Dominick was worried that his younger brother who was now supporting the family would be drafted so he volunteered to stay to the end of the war so his brother could stay home.

Dominick and Tresa’s courtship lasted long distance throughout the duration of the war. Every week Dominick wrote a letter to his mother and to Tresa. When the war ended in 1945, Dominick returned home and married his sweetheart Tresa. For a while, Dominick worked for a friend who had a roofing company until he decided to start his own company. Dom was a very talented carpenter and innovator. His business flourished because being a perfectionist with excellent work ethics, fair prices and outstanding service, his clients would recommend his company to all their friends. He had so much work the he never had to advertise. Working six days a week would enable him to buy property and build a family home at 80 Kirk Street in West Orange, as well as a business property for all his equipment.

Dominick and Tresa’s home became the neighborhood gathering place for barbeques, holidays, card nights and many family parties. Dom and Tresa were very generous people with many friends. All guests left with a tray full of crème puffs or some other delicious treats.

After Tresa passed in 2002, Dominick invited his single disabled brother Tommy to move in with him. Every day they went out on their adventures to run their errands and meet up at McDonalds with a group of friends. Dominick drove capably until he was 96 years old. Sadly, Tommy developed Alzheimer’s disease and moved to a care facility. Dom decided to live with his son Donald and Jeannie (the daughter he never had). They continued bringing him to church every Sunday and breakfast at the diner afterwards and made sure he visited with his group of friends at McDonalds every weekday morning.

Dom loved getting out in the car every day for a ride with Jeannie doing errands and visiting Jeannie’s 97 year old mother Marion for lunch and a little TV watching. He kept his mind sharp by completing a Word Find book every week.

Golf was his game and he played well until he was 93 years old. He did score a hole in one during his playing days and was a scratch golfer. He was also a talented bowler and played on many teams. Dominick belonged to the Young Men’s Social Club of Orange, the Holy Name Society, the Knights of Columbus and a carpenter’s union. He also attended many US Air Force reunions over the years.

Dominick was a strong, generous, independent, sweetheart of a man. He appreciated spending time among family and friends and was always available to help those he cared about. Kind and thoughtful, his heart and compassion for others was boundless. Dominick enjoyed sharing stories and antidotes from his childhood and the many adventures of his years in the Air Force. He was a loving gentleman who lived not only to serve his country, but also his family. Above all, Dominick was a family man who helped raise his younger siblings after returning from the war. He was firmly dedicated to his wife, his children, grandchildren and great grandchildren and all his nieces and nephews.

Dominick will be greatly missed and will always be in our hearts. God Bless Dominick!

Circumstances required that the interment was privately held at Gate of Heaven cemetery care of Dangler Funeral Home. A memorial mass will be planned in the future for his family and friends to celebrate Dominick’s wonderful life. Donations in Dominick’s memory can be made to Our Lady of the Lourdes Church in West Orange, NJ. Letters of condolence may be posted at Danglerfuneralhome.com.

Share Your Memory of
Dominick
Upload Your Memory View All Memories
Be the first to upload a memory!
Share A Memory