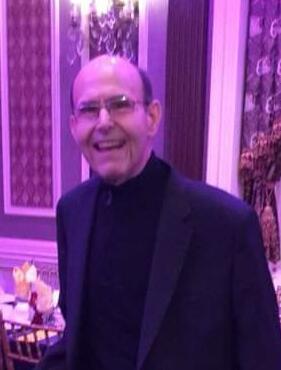 Blues was born on March 13, 1947, to the late Lucy Serino and Anthony M. Barbato in West Orange, NJ. “Bluesy,” as his childhood friends called him, grew up playing football and baseball. He graduated from West Orange High School and Salem College before beginning his exemplary teaching and coaching careers. He retired from Passaic Public Schools in 2010 and later relocated to Fort Myers in 2019.

He was known for his big heart, booming voice, entertaining stories, dedication, trustworthiness, and passion for inspiring others.

Among his many accolades, he received numerous Coach of the Year awards and Passaic Optimist man of the year in 2013.

He is survived by his wife, Maria Barbato, family members, friends, and many of his former students and athletes who regarded him as a father figure.

Family and friends are invited to visit the Dangler Funeral Home of West Orange, located on 340 Main Street in West Orange, NJ, on Thursday, July 14, from 4 - 8 pm.

A funeral service will be held at Our Lady of the Valley Church, 510 Valley Street in Orange, New Jersey, at 10:00 am on Friday, July 15.

Interment will take place directly after the funeral service at the Gates of Heaven Cemetery on 225 Ridgedale Ave in East Hanover, NJ.